A golf club in Swansea that once had a “men only bar” has just voted in its first ever female Vice-President and has been recognised by the sport’s governing body for its work in becoming totally inclusive. 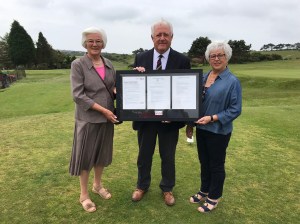 Clyne Golf Club has been awarded The Women in Golf Charter by the R&A.

It recognises a commitment to be fully inclusive and to support women and girls to enjoy the game and reach their full potential at all levels of the sport.

This year former club captain Hazel Perkins was voted Clyne’s first ever female Vice-President and she has worked with the Ladies’ Section and Management Committee on implementing the charter at the club.

Hazel said: “Signing up for the charter has helped us to build and expand on the good work that has been taking place at Clyne for many years now.

“I remember when the bar was “men only” and ladies stayed in the lounge but those days are long gone.

“When I first joined the club back in the 1970s the club was run by men.

“In 2021 we will be celebrating our centenary and as we approach this milestone we have had two female club captains, for a long time we have had women on the management committee and I was honoured and humbled to be elected as a Vice-President.”

In awarding the charter the R&A commended Clyne on the way it has implemented its aims and asked permission to share it as a template for other clubs in the UK.

Hazel said key to Clyne’s success has been a desire to make golf as accessible as possible to women of all ages.

“With support from Wales Golf our head professional Matthew Hollis has been holding beginners’ courses and taster days for women of all ages and these are proving very popular,” added Hazel.

“We are a very friendly and inclusive club so if there are any women interested in trying out the game or who once played and would like to start again then they will be made most welcome.

“Matthew also has a number of very promising girls who attend his junior classes.

“In August Clyne is hosting the Wales Under 14s and 16s Girls’ Championships and I know our members are looking forward to welcoming the best young golfers in Wales to our club.”

Not only did Matt finish the course in an excellent time of 3hrs and 56mins he also raised more than £5,000 for the charity Tommy’s.

Many thanks to our members who supported him and well done Matt!!!

Clyne has featured in both Golf World and Golf Monthly in 2019.

Our course was ranked in the Top 30 in Wales in the March issue of Golf World.
The magazine stated: “A true test of golf that is similar in challenge and setting to Pennard and Southerndown.”
We then featured in Golf Monthly’s Best of UK and Ireland in the May edition.
That review said: “There are many natural hazards as well as hidden pot bunkers, and there is something new at every turn. Gorse and bracken abound, and even when the wind is blowing or your game is not at its best, the views more than compensate.” 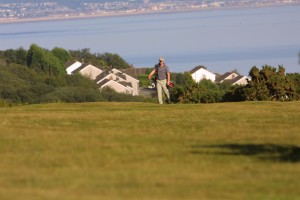 The Voyagers (Under 18 handicap)

The Voyagers Diddly starts on April 1st. This is a nine-hole back tee stableford competition open to all members but there is a maximum handicap allowance of 17.

It’s run every Monday through the summer (except Bank Holidays) and will finish on Oct 7th. Prize money will be handed out each Monday for the top three positions (based on number of entries) and points will be allocated each week, with the Voyagers Champion being determined in Oct.

The Stones (Over 18 handicap)

The Stones also run a nine-hole front tee stableford comp on a Monday which is again open to all members but this time with a handicap of 18 and over.

It is a competitive but sociable format with modest prizes awarded in the bar for the best scores of the week with weekly scores counting towards the Stones Golfer of the Year competition.

Cards for both competitions are issued in the afternoon and early evening from the pro shop and only cost £1.

Members wishing to book a tee time online must first register their details on the online booking system.  Click here to open a document detailing how to register.

After registration and confirmation, click on the “Book a Tee Time” button on any page of the website to be taken to the online booking screen.  If you require further information on how to book, please click here.